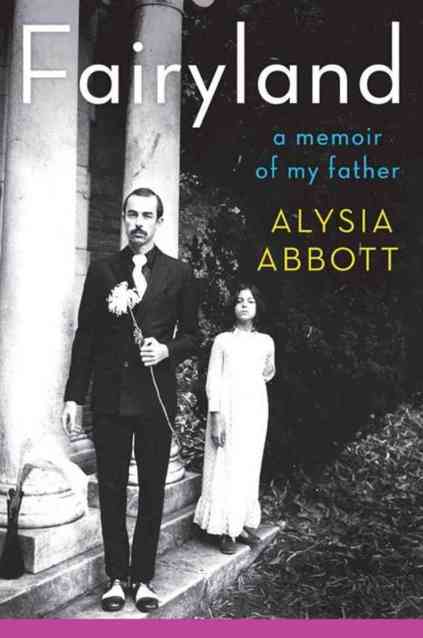 As soon as I sold the memoir of my father to Norton, I knew what picture I wanted on the cover. 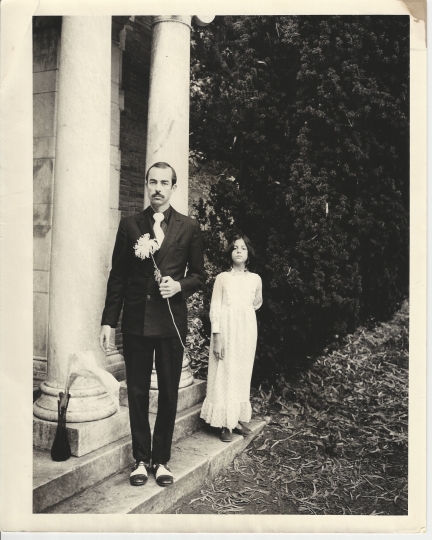 This photograph of my dad and I, taken in front of a pair of marble arches in Golden Gate Park, has long been my favorite of us. I was ten years old when he took me out of school for the day to pose for a series of pictures he’d hoped would be the front and back cover of his third book of book of poetry, Stretching the Agape Bra. The photographer friend, who agreed to shoot us, asked us to wear our finest clothes, ideally in black and white. Because I had no nice dresses, I borrowed this high-necked prairie dress from my friend, Kathy Moe, the daughter of one of Dad’s poet friends. As you can see, the dress was too short in the arms and for most of my life, whenever I looked at this picture, I thought, There’s the girl with the monkey arms. But now I realize that my too-short dress, along with Dad’s pinstripe suit and two-tone shoes, are part of what makes this image work. Standing with such formality in our ill-fitting finery, Dad and I look like a pair of Depression-era tricksters, like Bonnie and Clyde or Ryan and Tatum O’Neal in Paper Moon.

The photo asks more questions than it answers: Why do the father and daughter look so serious? Where is the mother? How did these two get here and where are they going?

This photograph also fit the book’s title, Fairyland, as it evoked the magical world I knew with my father, a world in which dressing up and making believe was a way of making art.

It was only in writing the book that I learned the history of the marble portico that is our backdrop. In 1906, a devastating earthquake struck San Francisco, taking 3,000 lives and sparking fires that destroyed 80% of the city. A photograph of a marble portico, the remains of a great Nob Hill mansion with the city smoldering in the background, became the defining image of that disaster.

In 1909, the portico was moved to the shores of Lloyd Lake in Golden Gate Park as a monument to all that was lost. City officials named the memorial “Portals to the Past” and it still stands today, a beautiful empty doorway in the middle of the woods.

This marble portico was my portal to a lost kingdom, our personal Narnia. I can still smell the papery, banana-shaped eucalyptus leaves that littered the path around us.

When my publisher, Norton, told me they’d picked this photo for the cover and were soon sending over a proof, I expected something that would play up the fairy tale aspect of my memoir. I imagined an elaborate story-time font, or even a  psychedelic, Max Parrish-inspired image.

When I received the proposed cover my heart sank. With its 80s pop colors and minimalist font, it seemed completely wrong. They even misspelled my last name! 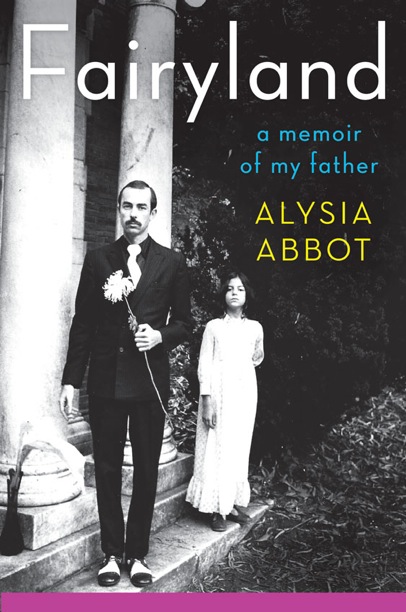 I e-mailed my agent, This doesn’t look like my book. He agreed, and together we asked to see something different. Norton sent me a new cover using the same colors but with a serifed font. 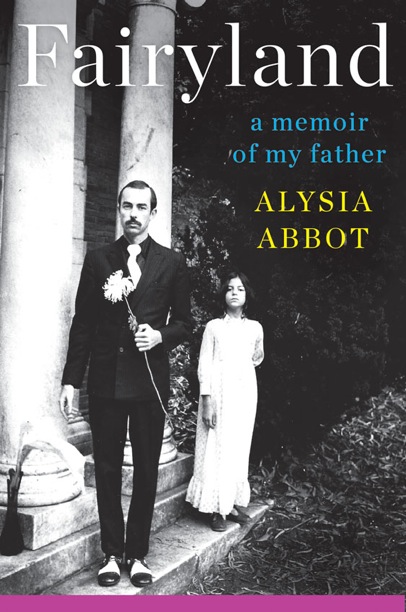 For the next two weeks I obsessively grilled everyone I knew: “Serif or sans serif?” I even hit up friends I ran into on the street, flashing them the two covers, which I stored in my iPhone. “Sans serif says, harsh,” one friend argued, “like you had a rough childhood.” A designer friend loved the clean, vertical sans serif saying it beautifully played off the lines of the columns and my dad’s and my stiff postures. “The serif font is more elegant, classic,” argued a third. I was thoroughly confused, convinced that this decision was probably the most important decision I still had to make about my book. I couldn’t afford to botch it.

In the end, it was all about that photograph. I decided that the modern sans serif font, instead of negating the fairy tale aspect I was hoping to convey, actually highlighted the strangeness of that family portrait. The original cover, which had once seemed so wrong to me, was now clearly the only cover for me. I’ve not had a moment of doubt since reaching this decision.